Showing posts from October, 2008
Show All

Opportunities to travel by the Kerala State Road Transport Corporation is never to be missed. I simply love those red monsters. Last week, I had been to Trivandrum on some personal work. I wanted to travel by the City buses there, but had to leave the plan due to extreme time crunch. The next opportunity came in the way of a loooong journey back to Kodungallur by bus... but I had to half-mindedly  choose a train - I had never traveled on the route via Kottayam earlier. I had to take the 6525 Bangalore Express from Trivandrum. However, the chance to travel by bus still remained!  I took a bus from Ernakulam Jetty to reach my home in Kodungallur. The bus was TP36x of Guruvayur depot. It was a TATA bus, and I was seated right behind the driver. His driving skill was unique - he shifted gears quickly. The bus, however, performed marvellously, and he kept speeds in the range of 60kmph all the way. That was a journey all at night, and I was damn tired to enjoy the trip.... The next trip oc
6 comments
Read more

October 20, 2008
My long trip finally concluded this morning! The last leg of the journey was really forgettable.  My last leg was from Cherthala to Ernakulam by 6307 Intercity Express, and Ernakulam to Bangalore by 2683 Bangalore express. The loco for the first train was WDM2 #16877 of Ernakulam, and the loco for Bangalore express was WAM4 #20549 of Arakkonam. Overall, the journey was badly delayed. The first train was about 20 minutes late, and the second train topped all charts! We left late by 4 hours and 30 minutes from Bangalore, and reached Bangalore delayed by about 5 hours and 35 minutes! We left Ernakulam at 2130 instead of 1700, and arrived Bangalore at 0955 instead of 0420! Too frustrated by the delay, I preferred taking a bus instead of "donating" to a Taxi driver. The Volvo bus was held up traffic block, and it took more than 90 minutes to travel a mere 13 kms distance from the City Railway station to the stop near home!  To sum it up: a very forgettable end to the otherwise m
2 comments
Read more

October 16, 2008
The long trip from Bangalore to Thrissur via Ernakulam, Alappuzha, Trivandrum, Kottayam is finally over! I took about 3 trains, 1 bus and 4 autorickshaws to complete the journey! The first leg was on 6315 Bangalore-Kochuveli Express from Bangalore to Kollam. The loco was WAM4 #21233 of Arakkonam. Leg two was on 6303 Ernakulam-Trivandrum Vanchinad Express from Kollam to Trivandrum - the loco in charge was WAP4 #22568 of Erode. The third and final train was 6525 Kanniyakumari-Bangalore Express from Trivandrum to Ernakulam Town - the loco was WAP4 #22269 of Erode! I'll post some notes from the trip and if possible the pics tomorrow! Feeling too sleepy to hit the keyboard... so good night for now! Come back tomorrow to check out the updates :-)
Post a comment
Read more

The journey has begun..

October 15, 2008
The journey is finally on! I am traveling by the 6315 Kochuveli express. The power for my train is Arakkonam WAM4 21233. We crossed krishnarajapuram a while back.. More details tomorrow...
Post a comment
Read more

Time for another trip!

October 15, 2008
Finally its time for another trip! I am leaving for Kerala this evening. The journey is by 6315 Kochuveli Express upto Kollam, then by Vanchinad to Trivandrum (reaching Trivandrum tomorrow morning). I'll return to Trichur tomorrow itself. From there it will be to Alappuzha on Saturday, and finally back to Bangalore by 2683 Express from Ernakulam on Sunday.... Hopefully the trip has some surprise spottings in for me... will be updating the blog as far as possible ( as long as I have network connectivity).. so do drop in here for updates... bye for now...
Post a comment
Read more

After moving all Kerala bound buses to the Satellite bus station on Mysore Road, here is the next move: Move all Tamil Nadu bound buses (except the premium Airavat Volvo, of course!) to Shantinagar BMTC Bus station. As a prelude to the move, all KSRTC Rajahamasa buses to Kerala/Tamilnadu added Shantinagar as a pick up point. Services to Kerala via Mysore now start from Shanti Nagar and then go via Mysore Road Satellite bus station, while service to Kerala via Hosur start at Mysore road and go via Shanti Nagar. A KSRTC Rajahamsa bound to Kannur waiting at Shantinagar terminus a few days back... apologies for the poor pic... I'd welcome the move which is benefit quite some passengers who find it easier to reach Shanti nagar compared to MCTC. The bus station, however, is not big enough to hold on buses for a long time. Ideally, these buses will have to be parked outside the bus station (it appears that a vacant plot right next to the bus station has been cleared and some sort of
8 comments
Read more 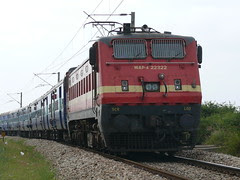 A normal Sunday (A working day for me) was just on... It was about 11AM when my phone received a very unexpected call... from Colin of IRFCA Bangalore...That was an invite to go railfanning! It has been a long time since I used by camera to shoot trains, and I readily agreed. I rushed through my work in office, and headed out from there at around 1250. Colin had instructed me how to reach the bus stop from where I could get a bus to our meeting point, and even tipped me on the fare that rickshaws would charge. Getting a rickshaw to travel short distance from my office is a pain, and I decided not to try for it. Instead, I walked off toward the Stadium (about 200 metres from office) and took a rick from there. He said that he needs to take a round-about route and asked (to be noted, not demanded ) for Rs. 25. I said okay, and we were off! That was really decent driving, and he dropped me off near the bus stop. Just as I got off the rickshaw, saw a volvo heading to my destination going
1 comment
Read more

No takers for the Rs. 5 scheme?

Buoyed by the Re. 1 initiative that was run by the BMTC earlier ( read my post on this ) in September, the state transport minister announced reduction of Volvo fares on Weekends and holidays to Rs. 5 (minimum) against the normal fare of Rs. 10 (Minimum). The maximum fare charged by Volvos normally is Rs. 55, but on weekends - under the new scheme - it would only be Rs. 22! This was what happened: (The first image was taken when volvos were for Re. 1, and the second when the Rs. 5 scheme came in!) Quite interestingly, The Times of India ran a story on the low patronage for Volvos, right the next day after the Scheme was inaugurated. (You can read the story here ). So what went wrong? The newspaper (and some authorities/crew) blamed it on "low awareness" or "wrong day" for the poor patronage. I was on a Volvo on the day the scheme was launched (imaged above, right). I was traveling to Arakere Gate on the Bannerghatta Road, and the conductor charged me the no
3 comments
Read more 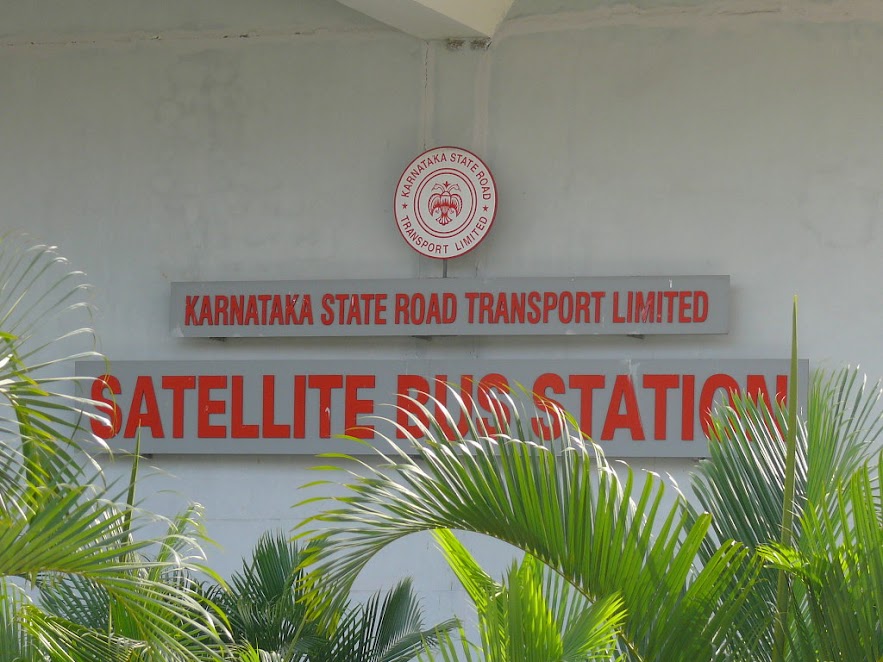 The authorities at the Karnataka Transport Department hatched a plan to decongest the crowded and congested Central Bus station (officially called the Kempegowda Bus Station, and locally called Majestic ) located right opposite the City Railway Station some time in 2004-5. The new terminus - called the "Satellite Bus Station" was planned at a place called "Guddadahalli" along the Mysore Road. This place is about 6 kilometres from the existing Terminus at the heart of the city. The place is undoubtedly mordern that the current bus station, but is not even one-fourth the size of the current place! View Larger Map The plan behind the entire move was to decongest the current bus station. The terminus finally was inaugurated sometime in August 2005. As an initial measure, all express services towards Mysore was shifted there. Sometime in August 2007, another 419 services (including 373 of Tamilnadu) were sent there. The terminus is situated away from the
14 comments
Read more
More posts