Showing posts from August, 2015
Show All

Red, Hot, and a little too spicy: SpiceJet from BLR to COK 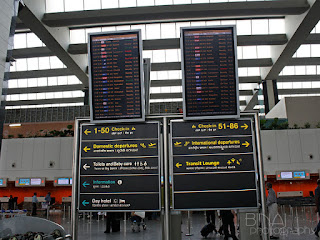 It was my cousin sister's marriage. I was in the fray for tickets quite late, and that being the weekend before Kerala's festival - Onam, meant the crowd was quite heavy. The marriage was on a Sunday, and I opted to travel on Saturday evening. Among the various evening options available was SpiceJet, which resumed flying in the Bangalore-Kochi sector after six months, in July. The booking was made through my credit card issuer's website, which was running a promotion. Like everytime, I checked on the airline's website and confirmed the booking. The ticket was booked over two months in advance. This particular flight started flying on July 01, 2015 - and holds a rare distinction of never having been on time! The delays kept continuing - and always ranged between 20 minutes to as high as 90 minutes. I had no expectations of my flight being on time either. Sometime in between, the flight got rescheduled as well - and got pushed back from 1730hrs to 1820hrs. August 22, 2
Post a comment
Read more 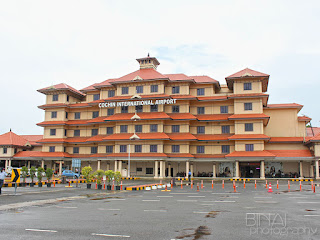 While contemplating going for the conference, the first thing I did was book the return ticket. I had to return on a Sunday, and hence I had to get a ticket well in advance. I decided to fly a "day" flight - I mean one that would land in Bangalore before it was dark. I had two options - IndiGo and Jet. The latter was cheaper, plus the fun of flying my favorite aircraft, the ATR 72! I booked through the Jet Airways website itself - and the e-ticket popped up in my inbox in no time. I checked in the previous evening, and bagged Seq/1 as well! August 09, 2015: I was staying at my mom's place in Alappuzha, some 100kms away from the airport. My flight was at 1605hrs, and we (Me and my parents) decided to leave home sometime around 1000hrs - a good 6 hrs before my flight. They (my parents) were going to my hometown, while I was to head straight to the airport. I wanted my parents to reach home before it was evening, and before crowd builds up. I travelled with them till Ern
Post a comment
Read more

The Jet Turboprop to Kochi! 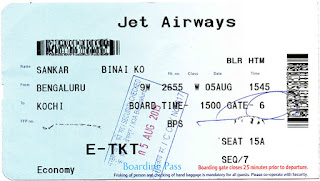 This was not a trip planned long in advance - but sufficiently in advance to get some good rates! I was heading to Kerala for a conference. Since the conference was starting in the morning, and the venue was a bit away from the airport, I had to reach there the previous night itself. I wanted a flight that leaves late afternoon or early evening. I checked tickets on three of my regular OTAs, and zeroed in on a Jet Airways flight that left at 1545hrs - I don't remember seeing this flight earlier. However, when I got my e-Ticket, I realised that this is not a new flight, but the 1705hrs flight rescheduled to 1545hrs. August 05, 2015: I had to leave home quite early for the 1545hrs flight, since I had to finish off some other work on my way to the airport. I tried booking a cab with a cab aggregator, but the cab never turned up. As I was getting late, I had no option but to start off with my car from home. I left the car at the long term parking at a bus station en-route and they
Post a comment
Read more
More posts