Showing posts from August, 2013
Show All

Kottayam to Bangalore via Kumily in Kallada B9R 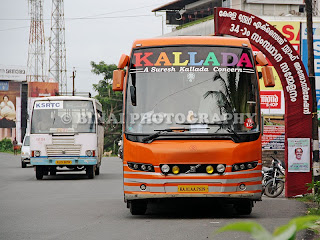 This was an unexpected journey. I was actually planning to go home after the Idukki bus fanning trip, spend a day there and then head back to Bangalore. But some twist in the tale meant that I had to search for tickets for my return journey. The second day schedule of the busfanning trip was still not very clear – so I was not very sure where to keep my boarding point at. After spending a full day on Google Maps, I figured out the exact route that we’d be travelling on and also figured out exit plans. I decided to book a ticket from Kottayam. Now, the next question was – which bus? I had to choose between the two Kalladas. The elimination round was quick – the G4 buses did not have tickets – I quickly decided to select the Kallada (Suresh) service via Kumily. Tickets were booked through a third party website to save some money (thanks to the discount coupons). I chose a seat towards the front this time – B1 it was. July 21, 2013 I remembered that I hadn’t taken a print out
1 comment
Read more

Bangalore to Pathanamthitta by Shama B9R 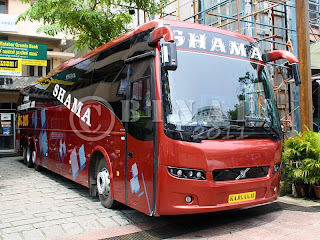 This time, its trip to Pathanamthitta to join a group of like-minded bus enthusiasts heading on a two day bus fanning trip through some scenic routes in central Kerala, and I was in a quandary about what bus to take. I had lots of options to take, and all of them were equally inviting as well. The main confusion was between taking a bus via the AC road or the one via MC road. After a lot of thoughts, I decided to book on Bharathi – so called up my good friend DJ to get a seat. He confirmed one. But things were awry later, and the service was cancelled for reasons beyond their control. He got me a seat on Shama for the journey. So I was travelling through MC road! July 19, 2013 The confirmation about my ticket came only a couple of hours before I left office.   I was on a university assignment, and there was heavy work all through the day – it took me some time to settle the work and leave the place. Heavy traffic on the way meant that I reached home quite late. I had to ru
Post a comment
Read more
More posts