Showing posts from August, 2016
Show All

Muvattupuzha to Bangalore on Kerala Lines! 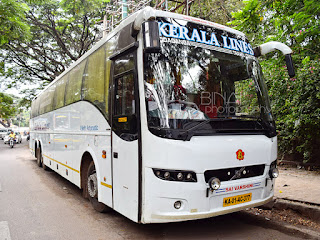 The office function was scheduled for afternoon. I was not sure where would the program end. I did not want to risk returning home and taking a bus. Flights were priced out. A quick look at RedBus, and I narrowed down on options. The sole KSRTC (Kerala) bus on the route was timed a little early for me. After a lot of searching around, I messaged my friend - and he replied back with the confirmation. I and two of my colleagues were travelling together. So, Kerala Lines it was. This was an Adoor-Bengaluru service, that operates via Kottayam, Muvattupuzha, Angamaly. Since the function was near Muvattupuzha, I opted for a pick-up at Muvattupuzha. This trip had another unique and interesting fact - this was my 100th ride in a Multi-axle bus as a revenue passenger! August 19, 2016: My friend messaged me the number of Kerala Lines' office in Thrissur and confirmed the location of my pick-up sometime in the afternoon. We got to Muvattupuzha sometime around 7pm, after successfully co
1 comment
Read more

Another journey by KPN: Bangalore to Coimbatore 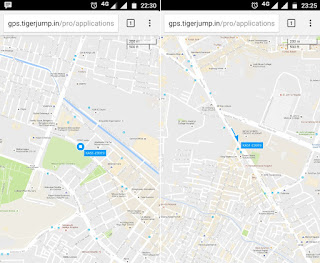 My office decided to pull out a last minute clean sweep by declaring a long weekend off. This short notice declaration came on a Wednesday afternoon that the office (college) would remain closed on Friday and Saturday, in addition to Monday, which is a holiday for Independence day. As soon as the mail arrived, I began hunting for tickets. Since it was very long weekend, majority of the folks in Bangalore seemed to be travelling home. Government buses to Kerala were sold out, and private operators were making the most of the opportunity. I did not want spend a big sum on travel and decided to take a bus to Coimbatore instead. My colleague was also traveling, and we both booked on the last KPN bus to Coimbatore. So 11PM Coimbatore Scania, it was. After bagging our seats in the last row (only 4 seats remained), we started looking for options to travel after Coimbatore. We, later, decided to go bus hopping from Coimbatore. August 11, 2016: For some reason, I did not encounter much traf
Post a comment
Read more
More posts