on August 13, 2017
Our return trip from Trivandrum to Bangalore was very interesting. Direct modes of transport were unviable. We were not very confident of being able to return in the evening from Trivandrum - so we had to return on Sunday. But then, we wanted to be back in Bangalore by Sunday evening - we checked flights, which were too expensive. I quickly checked for tickets from Kochi - and, bingo! The afternoon flight from Kochi had lots of tickets, and they weren't expensive either! Tickets for the flight were booked first. Then began the hunt for tickets to travel to Kochi from Trivandrum. We decided to take the Jan Shatabdi Express from Trivandrum in the morning. 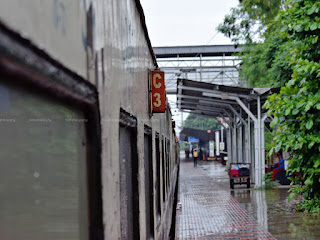